In a recent decision, the Superior Court of Ontario awarded a dismissed employee punitive damages because of the employer’s conduct in terminating the employee. This judgment sends a clear message to employers that mistreatment of employees upon termination will not be accepted, and can result in additional liability.

Tom Morison’s employment was terminated after approximately 8 years. Mr. Morison brought a claim for wrongful dismissal. In addition to his claim for reasonable notice, he also alleged that the employer had violated its duty of good faith in the termination, including:

In his judgment, Justice Roger agreed that this conduct warranted an award of punitive damages. Justice Roger concluded that such conduct was “reprehensible”. He added that the employer’s actions “exceeds what might be considered as ill-advised. The allegations of cause, made with no reasonable basis, and the significantly delayed payment of statutory amounts were intentional and financially impacted the plaintiff. These actions of the defendant were designed to financially benefit the defendant and the defendant had knowledge of the plaintiff’s precarious financial position. Such a conduct is ‘malicious, oppressive and high-handed’ and ‘a marked departure from ordinary standards of decent behaviour’.”

Justice Roger determined that an award of $50,000 in punitive damages was appropriate in the circumstances.

This decision sets an important precedent and will hopefully give pause to employers who try to exert financial pressure on dismissed employees. Unfortunately, some employers resort to tactics such as delaying payment of ESA notice and severance, or raising allegations of just cause without any reasonable grounds, in an attempt to secure a quicker and less expensive settlement of the termination.

These strategies are reprehensible, and received a well-deserved rebuke from the Court in this judgment. Recently terminated employees are vulnerable and are often prepared to waive their rights for an immediate payout, even if the amount is below what is reasonable or required by law. By delaying payment of the ESA minimums, employers add additional pressure on employees to accept less than desirable settlement agreements. This judgment gives employees and their advocates greater power to defend against these tactics: the prospect of a significant award of punitive damages will hopefully deter other employers from acting in this manner in the future.

[This article is for informational purposes only and does not constitute legal advice, which cannot be given without consideration of your individual circumstances.] 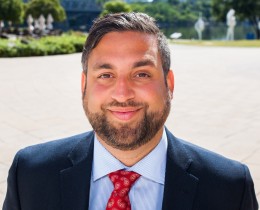